The blockchain technique was originally suggested by a gaggle of researchers and was originally dedicated to timestamp digital documents so that it's impossible to backdate them or to tamper with them. For quite a decade it had been left unused and it was only in 2009 by Satoshi Nakamoto who adopted the concept to make the digital cryptocurrency -Bitcoin.

Blockchain, as the name indicates, is a chain of blocks that contain information. It's a distributed ledger that's completely open to anyone. So anything built on the blockchain is transparent by its nature and everybody involved in it is responsible for their actions. In other words, we will say that blockchain may be a time-stamped series of immutable records (a record that can't be changed) in a distributed system. Once the info has been added to the blockchain, it becomes very difficult to alter it.

Each block contains some data, the hash of the block, and also the hash of the previous block. Data stored in it depends on the kind of blockchain. For eg: within the bitcoin blockchain, it's the transaction details. A starting block within the blockchain is a special block since it has no previous hash key and this block is termed as the genesis block.

In the blockchain, the transaction cost is free (though there's infrastructure cost). Since there's no intermediary concept in blockchain, we can replace all processes and business models which accept charging a little fee for the transaction. For eg: one party initiates the transaction process by creating a block. These transactions are verified by network nodes through the utilization of cryptography and recorded in a public distributed ledger called the blockchain. Once it's stored across the internet, it's not only creating a unique record but a unique record with a unique history. Falsifying one record would mean falsifying the whole chain in many instances, which is virtually impossible.

The three key features of blockchain are Decentralisation, Immutability, and Transparency.
In decentralization, everyone within the network owns the knowledge. Without the assistance of an intermediary, we can directly communicate with one another.

Since the blockchain is transparent, one can track the information if one wishes to. The identity of an individual is wrapped via complex cryptography and represented only by their public address. For eg: “Bob sent 1 BTC” instead you'll see “1MF1bhsFLkBzzz9vpFYEmvwT2TbyCt7NZJ sent 1 BTC”. This level of transparency has never existed before within the financial arrangement.

The blockchain is immutable, so nobody can tamper with the information that's inside the blockchain. The rationale why the blockchain gets this property is due to the cryptographic hash function. Hashing means receiving an input string of any length and delivering an output of a fixed length. In bitcoin, the transactions are taken as an input and run through a hashing algorithm (Bitcoin uses SHA-256) which provides an output of a fixed length. A hash pointer resembles a pointer, but rather than just containing the address of the previous block, it also contains the hash of the information inside the previous block.

In the below-shown table, though the 2 input lengths vary, the output produced is of an equivalent length. Even changing one character can change the whole hash.

Since blockchain is a kind of technology and not one network, it is often implemented in numerous ways. Some blockchain may be completely public and receptive to anyone to look at and access. Others may be closed to chose groups of authorized users like companies, a gaggle of banks, or government agencies. In the case of a Hybrid public-private blockchain, some with private access can see all the info, while the public can see only the chosen ones. In others, everyone can see all the information but just some people have access to feature new data.

Top real-world applications of blockchain technology include supply chain management, health care, food safety, digital voting, weapons tracking, etc. Finally, it's the mixture of these factors: decentralizing the information, building trust within the data, and allowing us to interact directly with each other and therefore the data, that provides blockchain technology the potential to underpin many of the ways we go along with each other. 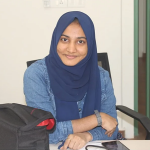