Laravel is the most popular PHP framework for application development. From the testing perspective, it is also known to be highly adequate for its creative testing features. In Laravel, there are two ways to test your app. One is with Unit testing while the other is with Feature testing. Unit testing allows testing your classes, models, controllers, etc, while Feature testing enables you to test your codebase.

If you look inside your Laravel installation directory, you can see that there are two test subdirectories available.
1.Feature
2.Unit

In this blog, I will demonstrate the basics of Laravel PHP Unit testing.

To create a new unit test case, use the make:test Artisan command.

This will create a test within the tests/Unit directory.

Now, let us learn the unit testing process by analyzing a scenario.

Consider a user having multiple tasks to work on. Let us start by creating factories for the user and task models. 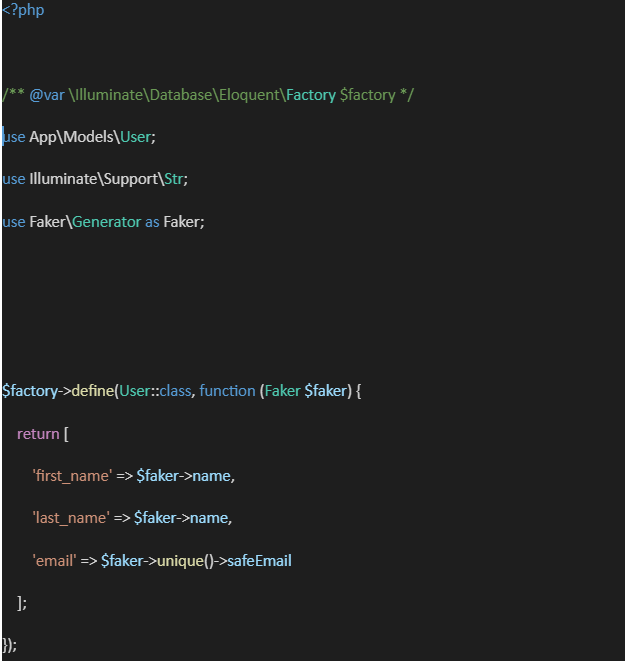 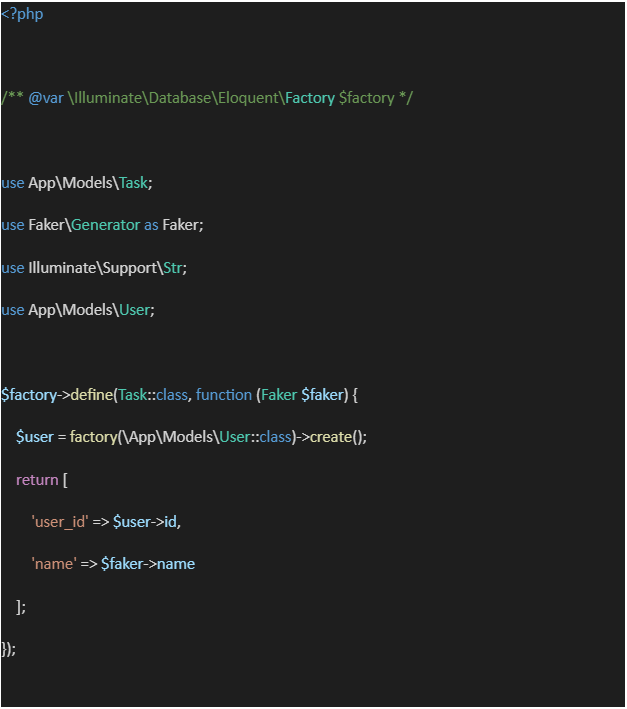 Here we go, first, run the artisan command to generate a test file. 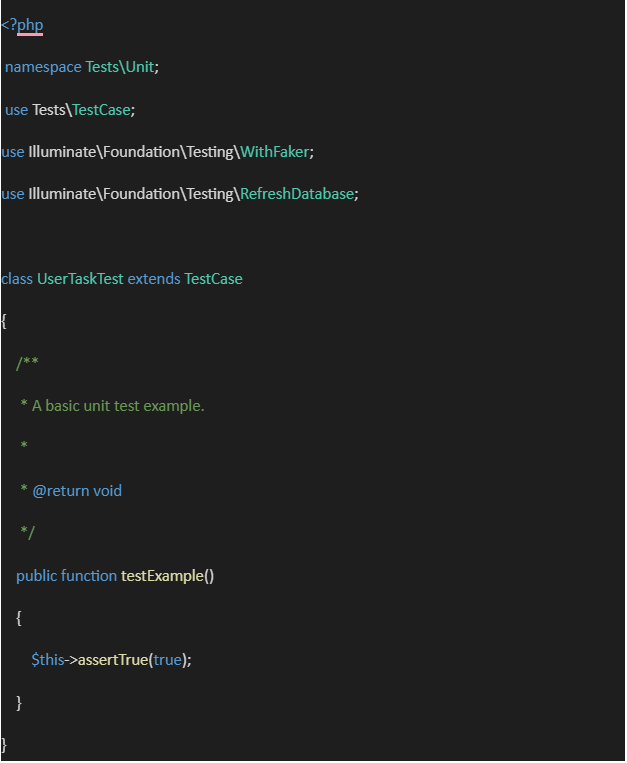 Every test method should start with a prefix test in unit testing. 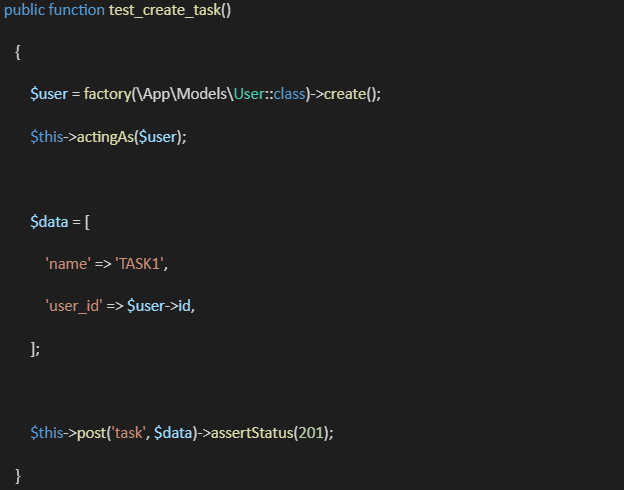 Here we have created a task entry in the database for the user, by calling the post-task API and passing the task name and user id.

Test 2: Test to get task 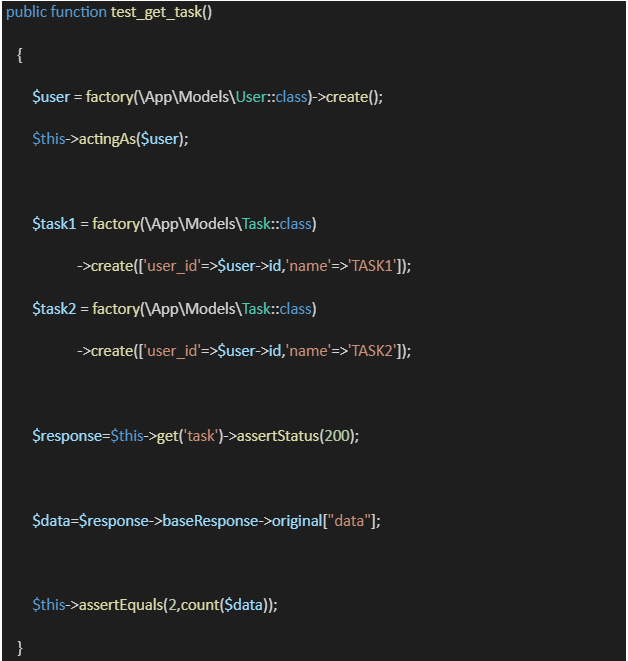 In this method, we are creating two tasks for the user - [TASK1 and TASK2]. Then by calling the get task API we can get the response data as baseResponse->original["data"]. Since we have created two tasks, the count of this response will be 2. 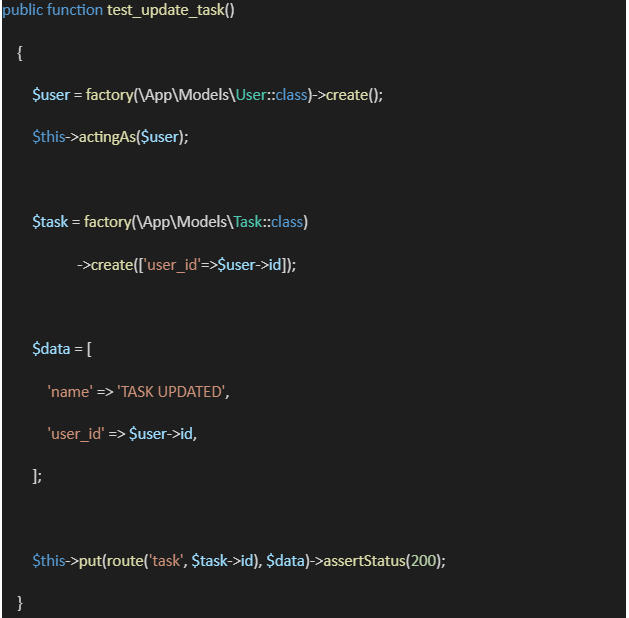 Initially, we create a task for the user, then we call the task put API with task id and data to be updated. 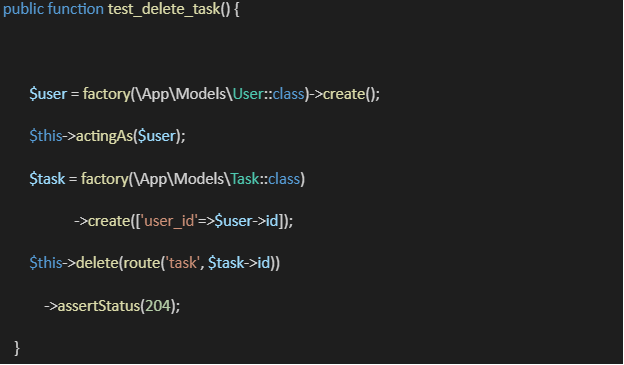 1) We’re checking if the expected status codes are returned with assertStatus.
2) The assertEquals() function is used to assert whether the obtained value equals the expected value or not.

To run, let’s run vendor/bin/phpunit or simply phpunit in the terminal.

That’s it! It should pass all tests 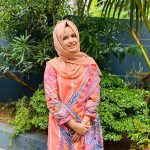