It is every developer’s responsibility to write clean code. Code is clean when it is easy to read and understand by the team members.

Indeed, the ratio of time spent reading versus writing is well over 10 to 1. We are constantly reading old code as part of the effort to write new code. …[Therefore,] making it easy to read makes it easier to write.

When writing a piece of code, the developer must understand that it’s not his/her code, it’s the team’s code. Those team members (current or future) are going to spend time with it. If the code is not readable, then the team is going to struggle.

Why programmers are slow?

Developers 💻 normally do the following things while writing code:

As the number of lines in the existing code increases, it automatically adds up time in steps 1 and 3. Which will easily slow down the developers. ⏲

How to make the step1 faster? Write readable code.

How to write readable code?

There are several practices/principles to write readable code. 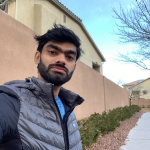